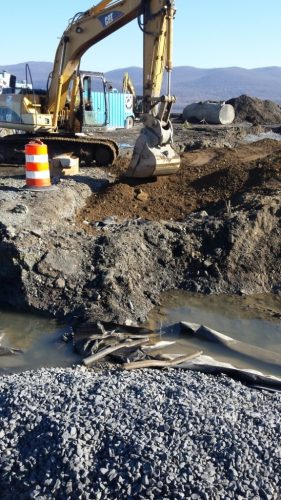 The New York State Legislature recently passed budget legislation that included a 10-year extension to NYSDEC’s Brownfield Cleanup Program (“BCP”). This legislation provides a measure of certainty to entities contemplating BCP projects in NYS. Since 2003 the NYS BCP has received nearly 1,200 applications to encourage private-sector cleanups of brownfields and to promote their redevelopment. Many of the projects have had a side benefit of revitalizing economically blighted communities. C.T. Male’s Environmental Services Division has had tremendous success with over 40 BCP & ERP projects. This success is the result of many years of experience, in-depth understanding of the BCP program, good working relationship with DEC staff and an in-house team of over thirty engineers, geologists, hydrogeologists, and scientists available to work on brownfield projects. This skill set and experience allows our Clients to achieve timely Certificate of Completions (CoCs), take advantage of the environmental protections, and claim the robust tax credits available through the BCP. The tax credits can support site redevelopment or reuse of suspect or contaminated sites that would not be developed otherwise. The extension of the BCP is attached to the budget so it is effective immediately and provides Applicants until December 31, 2032 to enter into a BCP Agreement and extending the CoC deadline to December 31, 2036. Here is an overview of other significant changes to the BCP amendments which are effective immediately:

Additionally, the NYSDEC has announced proposed changes to the NYSDEC 6 NYCRR Part 375 with respect to the BCP (https://www.dec.ny.gov/regulations/101908.html). The proposed changes, clarifications, and modifications to the Part 375 regulations relate to State Superfund Program enhancements, provide updates to the State’s Soil Cleanup Objectives (SCOs) and create new SCOs for select compounds (e.g., PFOA, PFOS, aniline, and nitrobenzene), and codification to increase enforcement actions. As part of the review process, the NYSDEC has received public comments on the proposed changes to the regulations as the written public comment period just ended on April 21, 2022. The professional engineers and geologists at C.T. Male were actively engaged with numerous professional and business organizations to advocate on behalf of our Clients to promote a balanced approach to brownfield redevelopment and site reuse. It will likely take some time for the NYSDEC to sort through these comments prior to promulgating its final Part 375 regulations and we will keep you updated as developments arise.

Please do not hesitate to contact our Poughkeepsie team, Jim McIver, P.G., Kristine Garbarino, P.G. and Rosaura Andujar-McNeil, P.E. at (845) 454-4400 or our Latham office staff, Mark Williams, P.G., Kirk Moline, P.G., Jeff Marx, P.E. and Chris Koenig at (518) 786-7400, with any questions you may have regarding how these BCP/Part 375 changes may impact your site redevelopment or reuse goals.